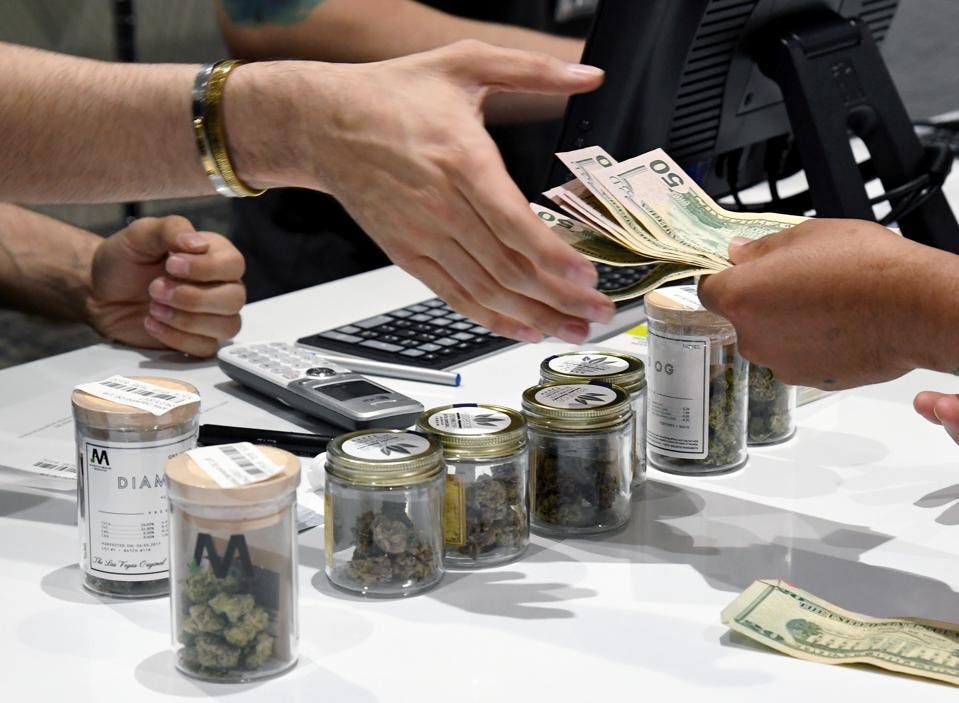 If you live in California, and you like to inhale, you are probably paying just as much for legal cannabis as you did back when weed was still very much illegal. In fact, because of the high taxes imposed on recreational marijuana, you might still save money by calling up your guy from college.

When Californians voted in 2016 to legalize the sale of recreational marijuana, it was thought to be a death knell for cartels and other unsavory actors profiting from high margins of an illegal drug trade.

That has not transpired.

“Despite the state’s committed efforts to bring cannabis businesses fully into the regulated commercial market, as much as 80% of the cannabis market in California remains illicit,” according to a recent report from the state’s official Cannabis Advisory Committee.

And NBC News reported last fall that illegal weed dealers outnumber the regulated sellers by a margin of almost 3-to-1.

That would appear to bolster critics of Proposition 64, the ballot measure that legalized the recreational trade. At the time, opponents maintained that the initiative would “increase, not decrease black market and drug cartel activity.”

But the history of marijuana prohibition shows it’s not just about whether the plant itself is legal or not. Before it was banned at the federal level, lawmakers simply imposed draconian taxes on cannabis that made the black market the only real option.

In California, the tax on legal weed can be near 50 percent in some jurisdictions, the Associated Press reports. And on January 1, the state-wide tax rate only went up.

“In states with more supportive regulatory conditions, we’ve seen the illicit market make up less than 30% of all sales, unlike in California,” state assemblyman Rob Bonta told The Mercury News.

Evan Eneman, head of the Los Angeles-based advisory firm ELLO, told The Orange Country Register that high taxes “are a big factor driving people out of licensed retail.” And that ultimately costs the state, too, with illegal, untaxed sales adding nothing to its offers. “The state is ultimately reducing the tax base that they’re going to be able to draw from.”

California Governor Gavin Newsom, a longtime proponent of marijuana legalization, is aware of the problem. His 2020 budget proposes streamlining the taxation process and pledges that the governor’s office “will consider other changes to the existing cannabis tax structure, including the number of taxes and tax rates to simply the system and to support a stronger, safer legal cannabis market.”

But for now, at least, Californians — who follow the law — are still living in the age of the $60 eighth.